Sometimes certain websites will require that you allow a pop up for a sub-feature of their site to function. For example, when running a report in Peoplesoft it will appear in a pop up. Please see below for directions on how to allow pop ups in Microsoft Edge. Google Chrome and Mozilla Firefox.

When opening a site that has a blocked pop up, you should see a message at the Edge browser screen notifying you of a blocked pop up. This will open a box for Pop-ups blocked: that includes the web site that is being blocked. Select Always allow pop-ups & redirects from: 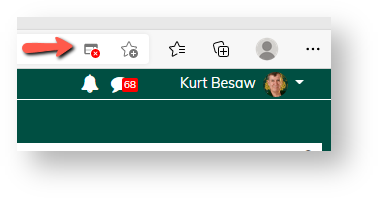 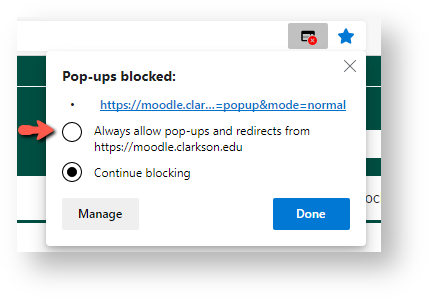 In Chrome, blocked pop ups will be shown in the upper right hand corner of the address bar. It looks similar to Edge. This will open a box for Pop-ups blocked: that includes the web site that is being blocked. Select Always allow pop-ups & redirects from: 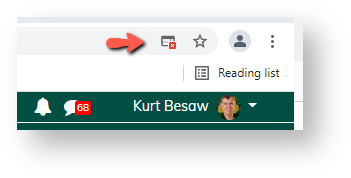 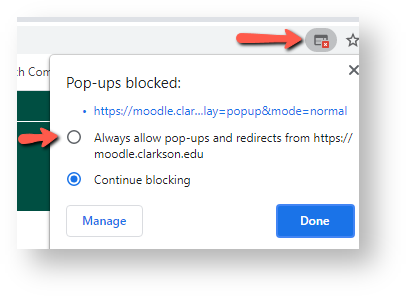 In Firefox, a bar will appear at the top of your screen to notify you that pop ups have been blocked. Click Options and select Allow pop-ups for... whatever the web site link that is specified: 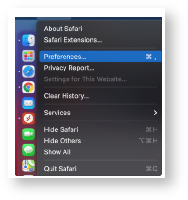 Then in the new window, under the websites tab, scroll down to click on pop-up windows, on the right side under moodle, click on the drop box and click allow 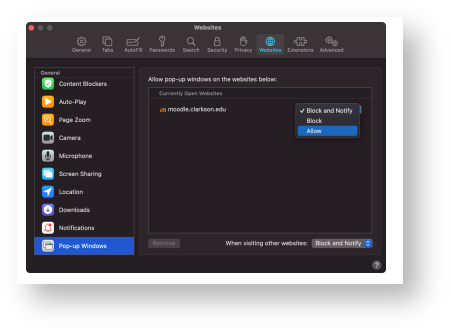 For technical assistance, please contact the OIT Helpdesk at (315) 268-4357 or helpdesk@clarkson.edu